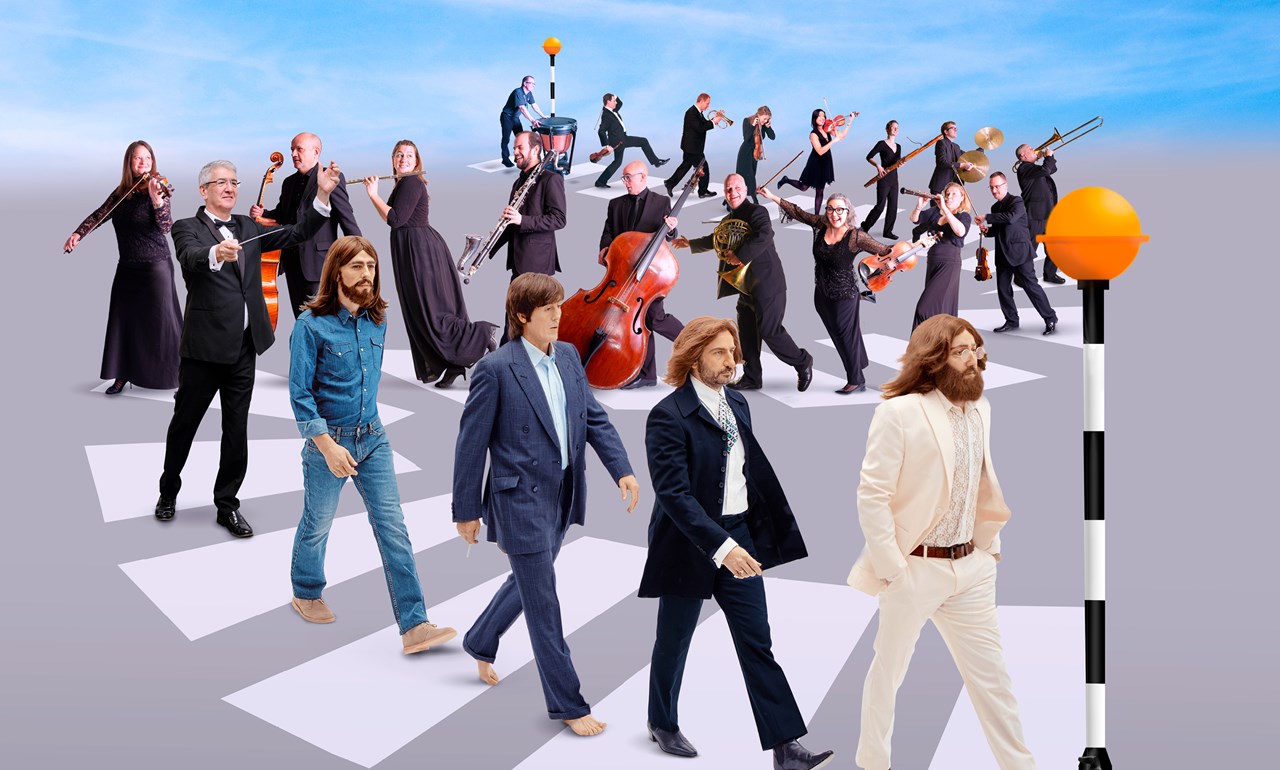 And In The End

Please note this show has been rescheduled to Wednesday 14 July 2021 7.30pm. The event was due to take place on Monday 20 July 2020 after being rescheduled from the original date of Saturday 9 May 2020.An extra date has been added on Tuesday 13 July 2021.

We were deeply saddened and shocked to hear of the death of Neil Innes, he was a joy to work with and will be greatly missed. This concert will go ahead as planned, and any further updates will be confirmed in the New Year.Following on from their hugely successful tour in 2017/18, the award-winning Royal Liverpool Philharmonic Orchestra and the nation’s premier Beatles group, The Bootleg Beatles, join forces once again to deliver a Beatles experience like no other.

Experience two of the Beatles’ most iconic albums performed afresh in this special musical collaboration, adding a classical twist and performing beautifully arranged symphonic versions of these timeless classics, including masterpieces such as ‘Here Comes The Sun’, ‘Come Together’ and ‘The Long and Winding Road’.

The tour marks 50 years since the release of these final two albums – Abbey Road (released 26 September 1969) and Let It Be (released 8 May 1970), and will explore the journey to the end of The Beatles – celebrating the music of this era and the legacy that endures to this day.

This unique live staging will be an unmissable event for Beatles fans of all ages!

Reviews for Royal Liverpool Philharmonic Orchestra and The Bootleg Beatles 2017/18 Sgt Pepper tour ‘It was 50 Years Ago Today’:

"Celebrating the 50th anniversary of Sgt Pepper, the real band would have struggled to fake it as well as this…. it was as exhilarating as that remarkable album itself."
****The Times, June 2017, Liverpool Philharmonic Hall

"Ever imagine what it would have been like to see the Beatles backed by a 70-piece symphony orchestra? Pretty damned special actually"
****Arts City Liverpool, January 2018

Royal Liverpool Philharmonic Orchestra and The Bootleg Beatles are taking the And In The End concert on tour to Manchester, Birmingham, London, Basingstoke, Northampton, Nottingham, Gateshead, Edinburgh and Glasgow.